Tickets $25.  Available on our website or at the door.  Children in grades 8 and under are admitted free of charge.

Habanera from Carmen by C. Bizet

Mon couer s’ouvre a ta voix from Samson and Delilah by C. Saint-Saens

Song to the Moon from Rusalka by A. Dvorak with DYO alumna, Chantal Grybas, mezzo soprano

Mars, Bringer of War from The Planets by G. Holst

Great Gate of Kiev from Pictures at an Exhibition by M. Mussorgsky

I have been to two concerts performed by the DYO and have been absolutely amazed at the talent and discipline of these young people.

I sit there and close my eyes and allow the music to surround me and enter my soul.   By closing my eyes I don’t pick out any one instrument or performer and simply experience.  When I open my eyes again I continue to be amazed that these are young people performing challenging pieces and doing it beautifully.   And they are enjoying it!

The wonderful thing about the DYO concerts is that you see the transition from budding young musicians through to seasoned alumni performers all in one evening’s performances. This is a community organization at its best, providing opportunities for all levels of musicians to gain experience in front of an audience. Marvelous.

In the many years I’ve been associated with the Durham Youth Orchestra as Honorary Patron, I’ve been thrilled by every concert. I’ve also been thrilled to witness the progress of kids from tiny beginners to brilliant performers who go on to elite schools such as Julliard.

The secrets to all these successes are predictable but so very difficult – great kids, a brilliant maestro in John Beaton, and immensely loving and hard-working parents and volunteers.

‎I extend my congratulations to all and look forward to many more great concerts. 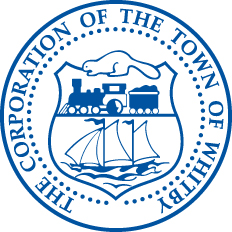