Are you ready to know us better?
;

Established in 1993 by Oshawa violinist John Beaton, the Durham Youth Orchestra provides young musicians with the enriching experience of performing music by many great composers, including Bach, Mozart, Haydn, Beethoven, Mendelssohn and Tchaikovsky. The goal of the DYO is to nurture the artistic and personal growth of young musicians through the experience of playing orchestral masterpieces. The DYO provides the wonderful opportunity for young people with a passion for classical music to develop their musical skills and hone their talent in an orchestra setting!

The Durham Youth Orchestra performs in a minimum of three concerts each season. The orchestra’s involvement in the community includes educational concerts presented to Durham area students. Through these efforts, orchestra members gain valuable performing experience and help contribute to the musical culture of Durham Region. 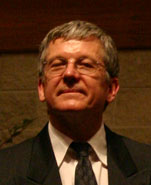 John Beaton earned a B.A. (Honours Music) from the University of Western Ontario and a B.Ed. from the University of Toronto. While at Western, he studied violin for five years with Prof. Yuri Mazurkevich, a graduate of the Moscow Conservatory and former student of David Oistrakh, and conducting with Prof. Deral Johnson. He has attended workshops in Suzuki Violin pedagogy at Queen’s University, the University of Guelph and Wilfrid Laurier University. Mr. Beaton has been a member of the violin sections of Orchestra London and the Oshawa-Durham Symphony Orchestra. He is the founder/music director of the Durham Youth Orchestra, and has been a busy violin and viola teacher in Oshawa for over 30 years. 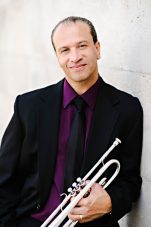 Paul Otway is a freelance trumpet player in Southern Ontario. He works with several orchestras including the Windsor Symphony, Ontario Philharmonic, Niagara Symphony, and the Peterborough Symphony. Paul most recently played principal trumpet in the musical “Sousatzka” and has played in numerous Mirvish productions including The Wizard of Oz, Mary Poppins, The Sound of Music, Wicked, The Phantom of the Opera and Les Miserables, and Dancap Productions including My Fair Lady, Anne of Green Gables, South Pacific, and West Side Story. Paul has also performed in several productions at the Shaw Festival. Freelance work has allowed him to play with many well-known artists including, in 2015, Idina Menzel and Diana Krall. Paul’s playing has been recorded on several CDs, and broadcast on CBC Radio with a variety of ensembles. Paul can be seen in the movie, “Fever Pitch” (look for the trumpet player!). He has performed for live audiences in 36 states, and 7 provinces.

The Durham Youth Orchestra is a non-profit corporation and a member of Orchestras Canada. The orchestra is governed by a Board of Directors elected by the general membership. The DYO encourages active participation of parent volunteers for the activities and maintenance of the orchestra. 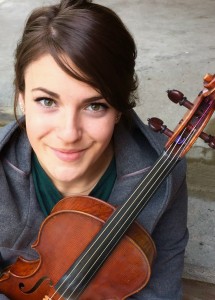 From 2018-2020, Meagan held a residency at Carnegie Hall (Ensemble Connect) designed to prepare extraordinary young classical musicians for careers combining musical excellence, teaching, community engagement, advocacy, entrepreneurship, and leadership. Additionally, she is the recipient of a Rachel Elizabeth Barton Pine Foundation Career Grant, a Virtu Foundation grant, the University of Toronto Graduating Award, and was named one of Canada’s “Hottest 30 Under” Musicians (CBC).

Meagan completed her undergraduate and certificate at the University of Toronto under the tutelage of Erika Raum and Eric Nowlin, and her Master’s degree at The Juilliard School as a full-scholarship student of Samuel Rhodes. 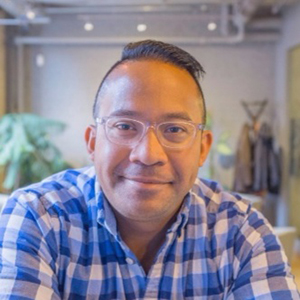 Position: Software Architect in enterprise software consulting firm in Toronto with clients in areas such as banking, investment fund management and health insurance.

Playing an instrument alone is one thing. Playing in a musical ensemble with your peers and friends is another. I’ve been taking private violin lessons since I was 8 years old, but it was really in ensemble playing like in DYO that I feel music came to life for me. Between the connection with other similarly minded and motivated young people, positive peer pressure, healthy competition, a shared creative experience, and the long-lasting friendships that are forged along the way, there are few other opportunities like playing in an orchestra. I strongly believe that the social, intellectual and emotional growth that comes from these opportunities carry over into academic and professional life, even if you’re chosen path is not towards becoming a professional musician. 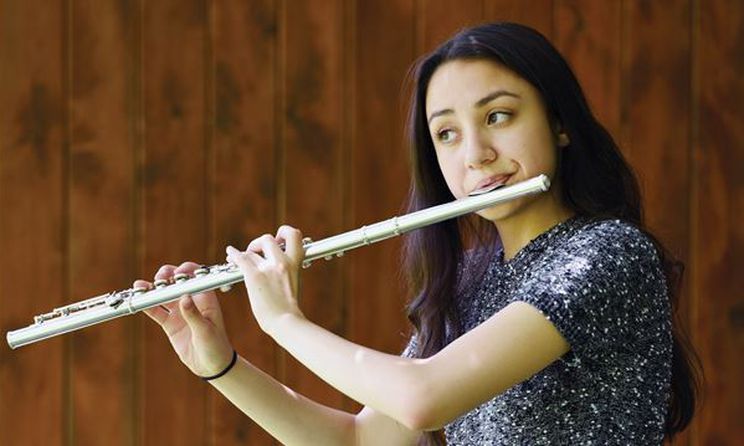 Chelsie Vaillancourt began studying the flute at the age of seven; she began learning the Suzuki flute method with her first teacher, Dr. Pandora Bryce. In 2021, she graduated with a Bachelor of Music degree from McGill University where she studied with Prof. Carolyn Christie.

Chelsie has appeared as a soloist with the Etobicoke Philharmonic, the Oakville Symphony Orchestra and the Toronto Sinfonietta. She also won the first annual concerto competition at the National Music Camp of Canada. In 2016, Chelsie won first place and received the highest overall mark in the woodwind category of the Canadian Music Competition.

In 2015, Chelsie attended the Young Artist Summer Program at the Curtis Institute of Music where she studied with Mimi Stillman and participated in a masterclass with Jasmine Choi. She has also performed in masterclasses taught by Robert Langevin, Lorna McGhee, Linda Chesis, Paul Edmund-Davies, Kelly Zimba and Leslie Newman.

Chelsie is currently pursuing a Master of Arts degree in Musicology at McGill University; she continues to take flute lessons and performs locally in Montreal and the Greater Toronto Area. 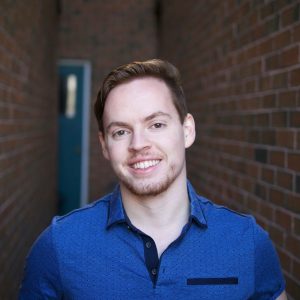 Kevin first began his studies in music on the violin at the age of 4. After playing the violin for six years, he decided to switch to the cello and began his studies with Joowon Kim. Between 2004 and 2011, Kevin has been an active member in numerous local youth orchestras, which include: The Durham Youth Orchestra, The Academy Symphony Orchestra at the Royal Conservatory in Toronto, and the Toronto Symphony Youth Orchestra. During that time, he was a part of numerous chamber ensembles which performed at concerts, weddings, and charity functions. To further his studies in music, between 2006 and 2009 he attended the Young Artists Performance Academy at the Royal Conservatory. He has participated in many local music festivals as well as the Ontario Provincial Music Festival where he has won numerous awards and scholarships. Kevin completed his Bachelor of Music in 2015 at Western University in London, Ontario, where he studied cello performance under Professor Thomas Wiebe. 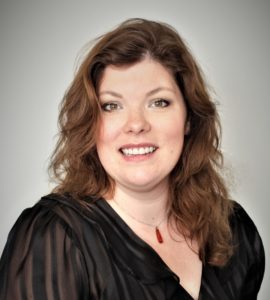 French-Canadian singer Chantal Grybas is a native of Whitby, Ontario. The mezzo-soprano completed her Bachelors of Music at Wilfrid Laurier University under Leslie Fagan, and her Master’s degree under Deborah Voigt at the San Francisco Conservatory of Music. She also received her postgraduate diploma at the Conservatory, working with Frederica Von Stade as recipient of the Sher-Right Scholarship. She was the winner of the Ellie Silver award in March 2020’s Henry and Maria Holt Memorial Scholarship Competition. Chantal has sung as Lucretia in Britten’s The Rape of Lucretia, Marcellina in Le Nozze di Figaro, and Kathy in a recent production of The Last Five Years by Jason Robert Brown. She has sung the role of Dorabella in Cosi Fan Tutti with the Long Range Opera, and has performed as a soloist with the Durham Youth Orchestra. Chantal has frequently been spotted as the frontwoman for the francophone rock band Verçatile. In her spare time she enjoys ballroom dancing and volunteering with Peace of Mind Dog Rescue in Pacific Grove California. 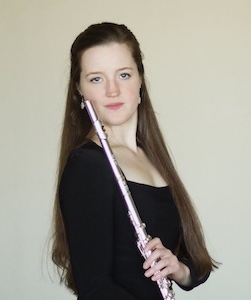 Sarah Pollard is an up and coming flutist in the Canadian music scene. Ms. Pollard is the newly appointed second flute and piccolo with the Saskatoon Symphony Orchestra. Prior to this, she held positions as a fellow with the 2021 National Academy Orchestra of Canada and the 2021 Orchestra of the Americas. She was also invited to join the 2021 National Repertory Orchestra in Colorado, but was unfortunately unable to attend due to COVID-19 restrictions. Previous orchestral memberships and festivals include the McGill Symphony Orchestra, the Pronto Musica Orchestra, the Vancouver Symphony Orchestral Institute at Whistler and the University of Toronto Symphony Orchestra. As a chamber musician, Ms. Pollard has enjoyed performing with classical and contemporary chamber ensembles across Canada, including the Glenn Gould School’s New Music Ensemble and the Schoenberg Ensemble of McGill University, comprised of top-level McGill students hired exclusively to serve as a workshop ensemble for graduate conducting students. In the summer of 2018, she performed Boulez’s infamous Le marteau sans maître in the Ottawa Chamberfest’s New Music Now Festival. Ms. Pollard has had the honour of being invited to participate in several other chamber music summer festivals as well, including Banff’s Evolution: Classical program run by the Gryphon Trio, and the Bathurst Chamberfest in New Brunswick. In addition to performing, Ms. Pollard has a passion for teaching flute and piano. She currently teaches students across Canada, and she has been invited to coach the flutists of the Durham Youth Orchestra, as well as the Québec Youth Wind Ensemble.

Ms. Pollard is currently attending the Glenn Gould School to pursue her Artist Diploma (with full scholarship) under the direction of Susan Hoeppner, where she is a member of the Royal Conservatory Orchestra. Prior to this, she studied with Carolyn Christie (McGill University, MMus Performance), Nora Shulman and Peg Albrecht (University of Toronto, BMus Performance).

What Our Audience Says

I am pleased to convey my sincere appreciation of the Durham Youth Orchestra. In addition to hearing members perform at our Inaugural Council Meeting and at the recent Mayor’s Fundraiser at Trafalgar Castle, I have had the pleasure of attending many concerts at St. George’s in Oshawa and seeing the DYO perform with the Ontario Philharmonic at the Regent Theatre. These talented young musicians enhance the cultural richness of our town and region. My best wishes for the continuing success of the Durham Youth Orchestra.

In the many years I’ve been associated with the Durham Youth Orchestra as Honorary Patron, I’ve been thrilled by every concert. I’ve also been thrilled to witness the progress of kids from tiny beginners to brilliant performers who go on to elite schools such as Julliard.

The secrets to all these successes are predictable but so very difficult – great kids, a brilliant maestro in John Beaton, and immensely loving and hard-working parents and volunteers.

‎I extend my congratulations to all and look forward to many more great concerts.

I have been to two concerts performed by the DYO and have been absolutely amazed at the talent and discipline of these young people.

I sit there and close my eyes and allow the music to surround me and enter my soul.   By closing my eyes I don’t pick out any one instrument or performer and simply experience.  When I open my eyes again I continue to be amazed that these are young people performing challenging pieces and doing it beautifully.   And they are enjoying it!